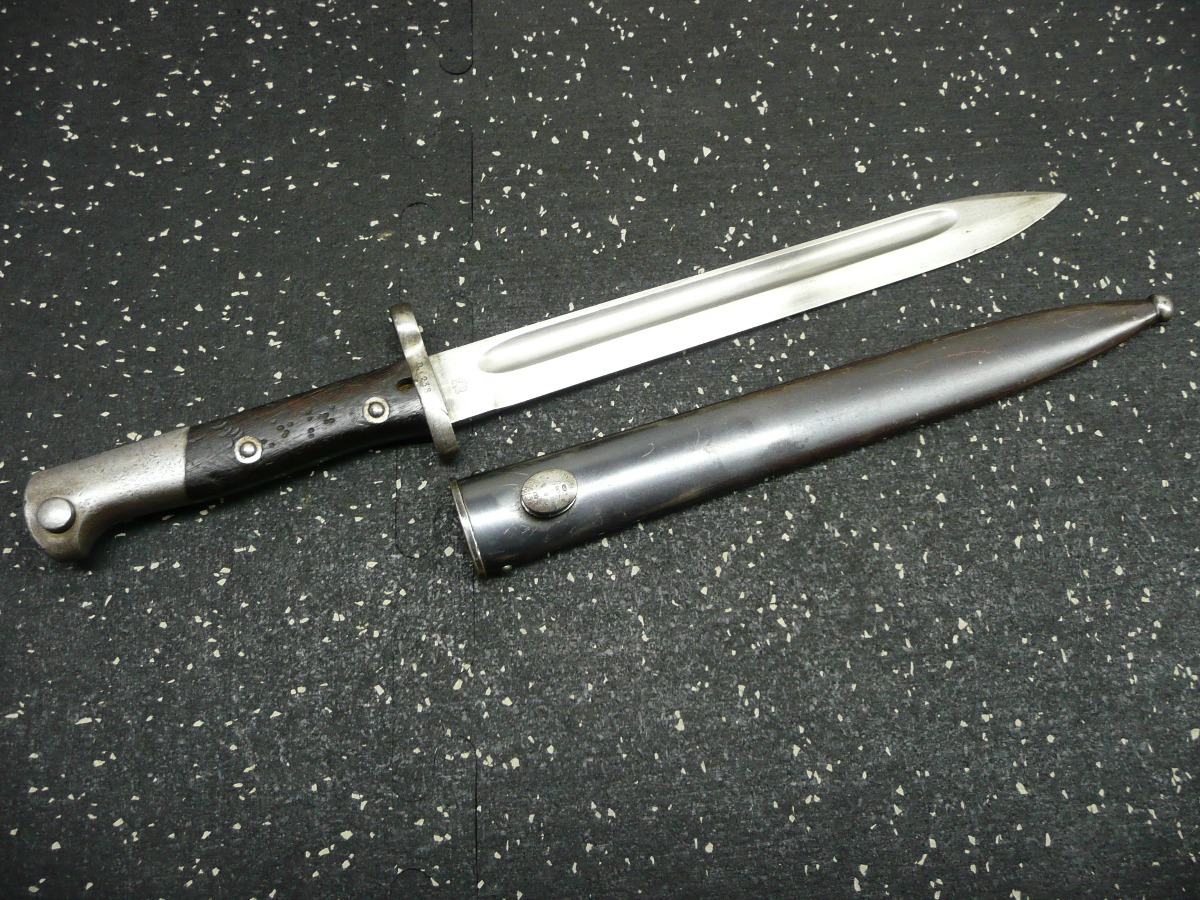 Knife bayonet for use with the 7mm M1912 Mauser rifles and carbines. The M1912 rifle was based on the German Gewehr 98, so the existing M1895 in use bayonets would not work with the M1912 rifle.

These bayonets were produced in 1912 and 1913 for Chile by the Austrian firm Oesterreichsche Waffenfabrik-Gesellschaft of Steyr. It will also fit the later Chilean M1935 Carbines.

This example has the “OE over W G” makers markings stamped into the left ricasso. Right ricasso stamped with the Chilean crest. Bayonet serial D 238 on the right crosspiece and the scabbard is serial B 6380 on the frog stud. Grip scales are tight and free from cracks and major damage. Press stud moves freely and spring tension is good.

Bayonet shows marks consistent with military use and storage. The blade is bright with a very light drag mark visible. The cutting edge has a few very minor nicks that can be felt with light finger pressure on the cutting edge.

Overall it’s a very nice original example and would be a good addition to any bayonet collection.